Ohio State Senior Associate Dean of Engineering and Professor and Neil Armstrong Chair in Aerospace Policy in a dual appointment at the College of Engineering and John Glenn College, John M. Horack and Lian Duan, associate professor and Honda Chair in Transportation in the Department of Mechanical and Aerospace Engineering, have been formally elected as Associate Fellows of the American Institute of Aeronautics and Astronautics (AIAA).

The prestigious election is awarded to those who have made notable and valuable contributions to the arts, sciences, or technology of aeronautics or astronautics, according to the AIAA website. Horack and Duan will be formally inducted and presented a plaque as part of the annual AIAA SciTech Forum on Jan. 3-7, 2022 in San Diego, California. 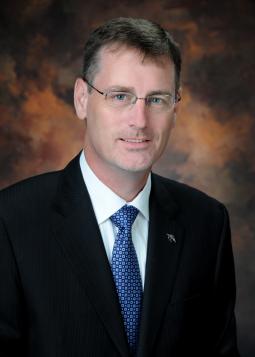 “It’s simply a great honor to be named an Associate Fellow, as AIAA is the world’s premier organization of aerospace professionals, and the world’s largest technical society dedicated to the global aerospace profession,” Horack said. “I’d like to think that it means I’ve added a small dab of paint to the grand canvas of what America has achieved in spaceflight, through my work here at The Ohio State University and elsewhere, and that these contributions are recognized as having added positively to that overall picture.”

Horack received his bachelors in physics and astronomy from Northwestern University in 1987. From there, he began working as a research scientist at the NASA Marshall Space Flight Center while working toward his PhD in astrophysics from The University of Alabama in Huntsville.  He earned this degree in 1993, having played a key role in the design, development, launch, and scientific discoveries from the Burst and Transient Source Experiment aboard the Compton Gamma Ray Observatory.  In total, Horack served at NASA for nearly 17 years, reaching the level of Senior Executive Service and being awarded the NASA Medal for Exceptional Achievement in 2008.  He was also a finalist for the NASA Astronaut Candidate Selection program in 1998.

After nearly four years as the Vice President for Research at the University of Alabama in Huntsville, Horack moved in 2012 to Teledyne Brown Engineering where he was the Vice President for Space Systems.  During this time, Horack led teams responsible for payload operations aboard the International Space Station (ISS), the development of the Launch Vehicle Stage Adapter aboard NASA’s SLS rocket, and the development of the MUSES commercial imaging platform and US-German Hyperspectral instrument currently operating aboard the ISS.

Horack came to Ohio State in 2016 as a Professor and Neil Armstrong Chair in Aerospace Policy in a dual appointment at the College of Engineering and John Glenn College, becoming the Senior Associate Dean of Engineering in 2019, while also serving currently as the Director of the Center for Aviation Studies.  In addition to his new election as Associate Fellow in the AIAA, Dr. Horack is a Fellow of the Royal Aeronautical Society (UK), and has served as a Vice President of the International Astronautical Federation. 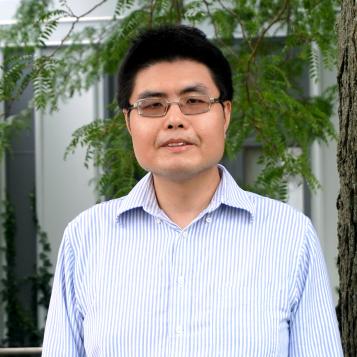 “It’s a great honor to be recognized as an Associate Fellow of AIAA, and I feel proud and humbled when I look at the list of colleagues who I join as a member of the Class of 2022 Associate Fellows,” Duan said. “I cannot stress enough that over the years I had the enormous fortune of working with extraordinary colleagues and students. I see this as a recognition of their work as well.”

He was a Research Scientist at the National Institute of Aerospace/NASA Langley Research Center from 2010 to 2013 until he moved into an assistant professor position at the Missouri University of Science and Technology in 2013.

In 2019, Duan became an associate professor in the Department of Mechanical and Aerospace Engineering and Honda Chair in Transportation at the College of Engineering at Ohio State. Duan is the director of the Computational Aerodynamics and Flow Physics Lab (CAFPLab).