The prestigious RIYA program, which was established in 2014, is seeking candidates with exceptional research aptitude. Participants will work closely with renowned faculty in Ohio State’s Department of Mechanical and Aerospace Engineering, along with a world-class research team.

This prestigious award provides each student with a rewarding learning experience that will help strengthen his or her knowledge, leadership and research skills. By participating in this unique program, students will develop an understanding of graduate-level studies, which will position them to have a successful career in an academic or industrial research and design (R&D) setting. Most RIYA scholars have pursued master's degrees or doctoral-level studies in renowned U.S. universities or comparable institutions elsewhere after graduation.

Facilities participating in the RIYA program (subject to changes)

INTERESTED? To be considered for the RIYA internship in the summer of 2023 submit your initial application form for screening.

Qualified applicants will then be invited to submit the following: 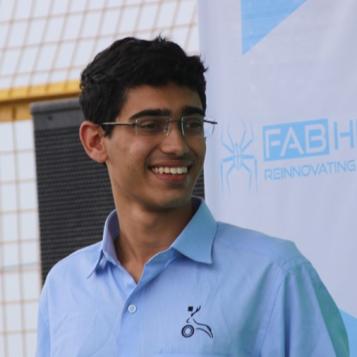 “I studied the effect of different methods on the solution time & accuracy. I used a novel approach to solving for the steady state response using an existing frequency domain method. Also, I explored the use of Physics Informed Neural Networks (PINNs) to obtain the steady state solution of the system.”

Shenoi plans to pursue research in controls or robotics while pursuing a Master’s or PhD, and was very thankful for all he learned in RIYA. 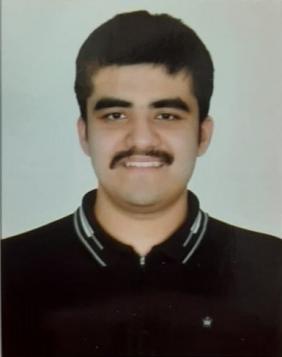 “My work involved coming up with innovative stopper mechanisms which can smoothen the transition from the quasi-zero stiffness regime to the stopper regime of the isolator,” Manhas said. “Then performing finite element simulations in software such as ABAQUS to get results, on the basis of which the design was further improved.”

Abhyudit Singh Manhas, undergraduate student of mechanical engineering at IIT Madras, worked in the Acoustics and Dynamics Laboratory under the mentorship of Dr. Rajendra Singh and Dr. Luke Fredette. His research focused on developing a stopper that can have a smooth engagement with a quasi-zero stiffness isolator.

Manhas is thankful for his time in RIYA and, in the future, plans to pursue a masters, and from there possibly a PhD thereafter from a top US university, after finishing his undergraduate from IIT Madras. 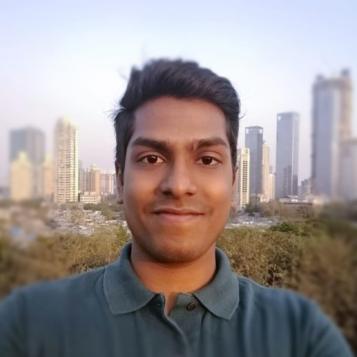 “To begin, I extended the isolator’s design analysis and explore its topology crucial to the QZS region’s position and range. I was now able to develop new design features based on the analytical insights I had gained,” Gandhewarsaid. “After a month of ideation and refining, I came up with two design modifications that could significantly increase the QZS range. One of the design enhancements was the introduction of a low-stiffness element with its very own QZS region. Coupling the mount and the element gave rise to a much larger QZS region.”

Aniruddha Gandhewar, worked on developing new design features aimed at increasing the vibration isolation efficiency of a mount used in the research at the Acoustics and Dynamics Laboratory.

The mount consisted of a shear leg and a fixture. According to Gandhewar, increasing the vibration isolation efficiency for vibrations of larger amplitudes meant increasing the range of the quasi-zero stiffness (QZS) region of the mount.

Gandhewar considered pursuing a PhD before the RIYA program, but now has plans to take some time to decide his field of interest, and then pursue a PhD. 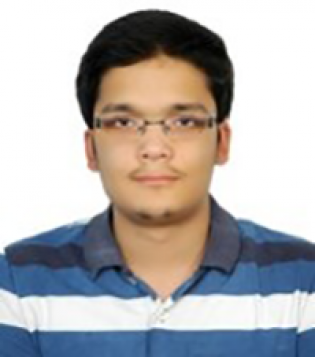 “It was commendable how valuable and informative the RIYA program turned out to be despite being in a virtual format, that too in a global pandemic,” Gupta said. “Although we could not physically access the labs at OSU, the remote computational facility provided to us proved to be really beneficial, especially for my project.”

Anirudh Gupta is in his last year of undergraduate in the department of mechanical engineering at IIT Kharagpur. For RIYA, Gupta worked in the Computational Lab for Energy Applied Research (CLEAR) under the guidance of mentors, Professor Ardeshir Contractor and Dr. Navni Verma. 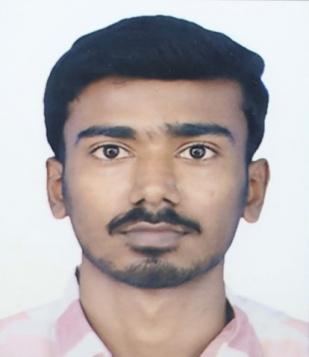 “I would like to add that one should definitely consider applying to RIYA program and working as a RIYA scholar due to the added benefits given to students as they are part of a small sample space,” Aman said. “The one-to-one interactions will assist one in realizing their passion and pursuit for research.”

During his time in RIYA, Bashu Aman, and undergraduate at IIT Kharagpur, worked on the research project entitled “Analysis of Coupled Structure-Acoustics Problem” under Prof Singh and Dr. Gunda at the Acoustics and Dynamics Lab (ADL).

Aman is planning to pursue graduate studies at a university abroad where he can find lab work that aligns with his research interests. In addition to that, he looks forward to mentoring prospective RIYA scholars and other students who are willing to pursue research as a career. 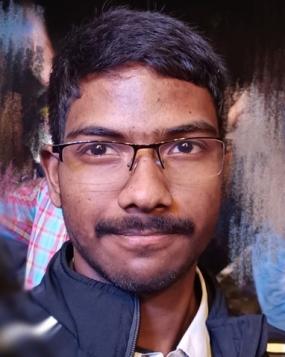 “The program was way more fruitful than I expected during this pandemic. Being in the RIYA program, I developed many non-technical things like how to proceed and what to consider while doing research, documenting the findings, presenting my work in an effective way and ethics,” Dontamsetti said. “Weekly discussions conducted by Prof. Singh on professional, career and personal topics were constructive and interactive. I hope it would be there for upcoming RIYA scholars as well. I want to thank Dr. Navni Verma and Prof. Ardeshir for being kind and helpful many times.”

Hemanth Dontamsetti, an undergraduate at IIT Bombay, was a 2021 RIYA scholar mentored by Professor Ardeshir Contractor and Dr. Navni Verma. His research consisted of helping an ongoing project of CLEAR Lab with MES Inc. to investigate heat dissipation from aluminum die-cast components used in inverter castings of electric vehicles.

He plans to pursue further studies and research on interdisciplinary topics like robotics, precisely locomotion control of legged robots. But he has not ruled out other fields of science and engineering like space and planetary exploration. 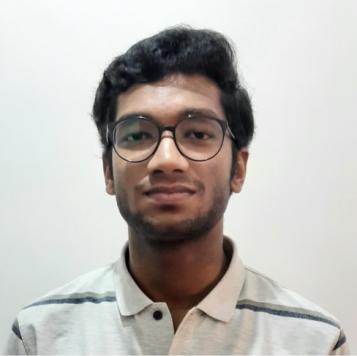 “The RIYA program is much more than completing a research project, spanning almost all the key components one would come across in research,” Jeevanandam said. “Nothing is taken for granted here, and learning never ceases (even on the last day of the internship!). Prof. Singh’s commitment to the program is inspiring, and I hope RIYA continues to shape the careers of many students in the years to come.”

Sibibalan Jeevanandam worked in the Acoustics and Dynamics Lab under the mentorship of Prof. Taha and Prof. Singh.

Jeevanandam’s research focused on a vibration absorber system, which is typically used to limit vibrations and prevent damage to structural components.

Jeevanandam plans to complete undergrad and then pursue a PhD along the lines of nonlinear dynamics. 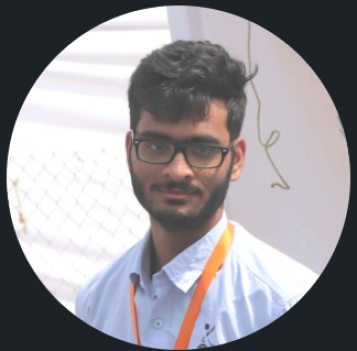 “Kudos to Dr. Raj Singh and his team of professors for organizing such a program even during these times,” Karthik said. “It was different, but it was still effective enough. The choice of projects and the scheduling were affected very much due to the pandemic.”

“It was a fun project where we tried to model the art of dice-stacking,” Karthik said. “Very little research has been done before on this topic so we could explore on this and create a basic simulation of the same.”

Karthik has yet to decide on his future plans but is between pursuing a PhD and going into the workforce. He commends the great work that Dr. Raj Singh and his team has done with the RIYA program amidst a pandemic.

Stories from RIYA over the years

2021: class of RIYA scholars excel online in the adversity of ongoing pandemic 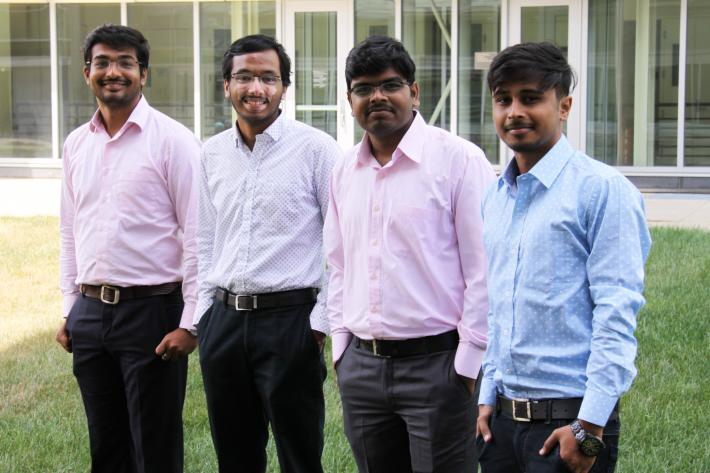 2019: From gears to blood vessels: Indian scholars excel during their summer at Ohio State 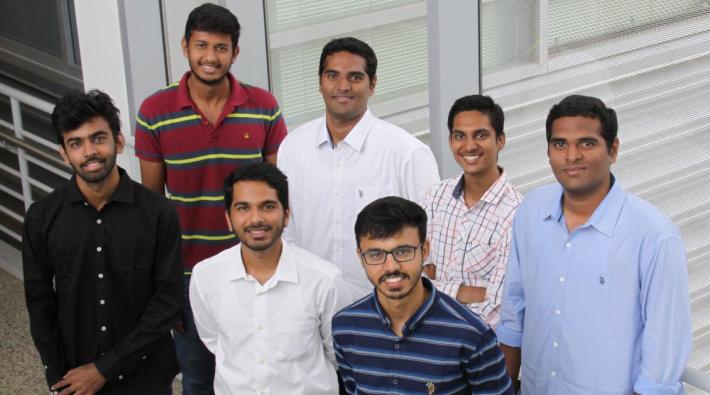 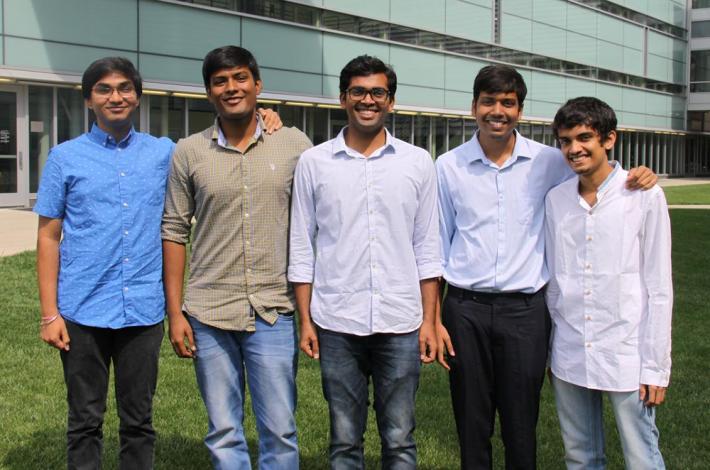 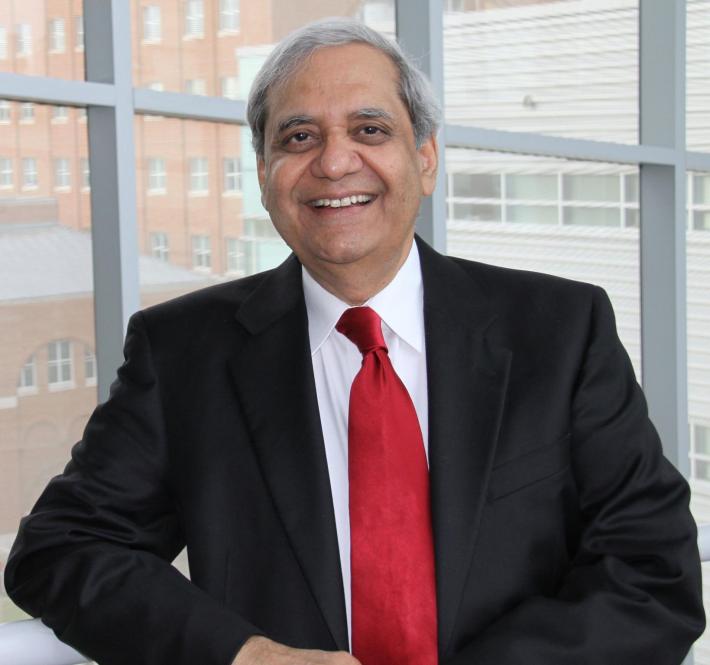 Professor Emeritus Rajendra Singh is the founder and director of the RIYA program.

Singh is well-respected internationally for his research, teaching and consulting work in machinery vibration, acoustics, nonlinear dynamics and digital signal processing, with applications to vehicles and geared systems.

“The intent of this unmatched program is to provide world-class internship opportunities to some of the best undergraduate students in India, while exposing them to modern aspects of mechanical engineering and enhancing their critical thinking skills,” said Singh.

Through a generous gift from the Singh Family Fund and other endowments, each RIYA participant receives an allowance of $5,000. This funding includes a nominal stipend, housing subsidy and an international travel allowance.