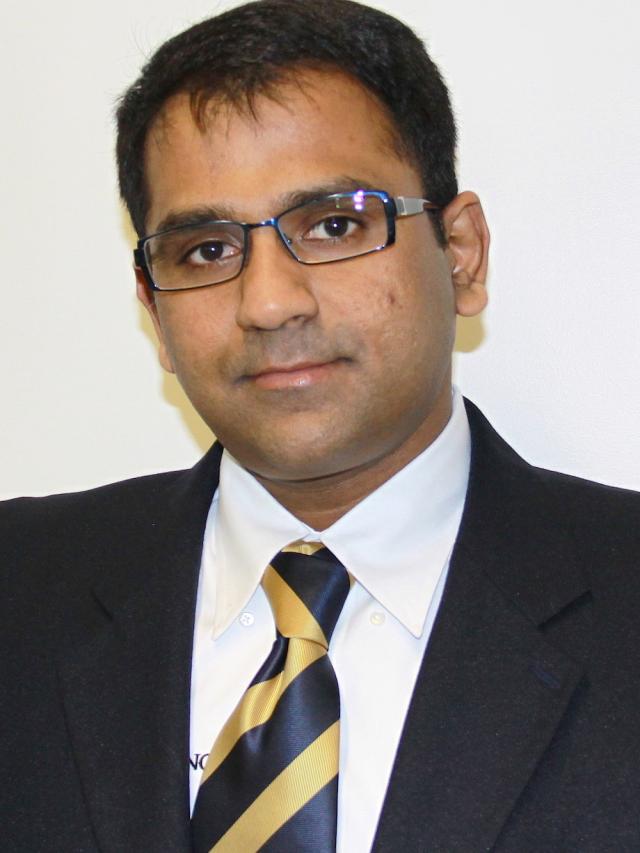 Dr. Vishnu Sundaresan is an Associate Professor in the Department of Mechanical and Aerospace Engineering at The Ohio State University. He received his Ph.D., (Mechanical Engineering) in 2007 from Virginia Tech for his work to develop biomolecular smart materials. Before his current assignment, he was a research Scientist (June 2007 – Oct 2008) in the Center for Intelligent Materials Systems and Structures at Virginia Tech and an Assistant Professor in Mechanical and Nuclear Engineering at Virginia Commonwealth University (Oct 2008 – July 2012) .  He is a recipient of the NSF Early CAREER award from Civil, Mechanical, Manufacturing and Innovation Division in Engineering in February 2011, Distinguished Undergraduate Research Mentorship Award (2016), College of Engineering Lumley Award (2018)  and his papers have won best paper awards in SPIE Smart Structures/NDE conferences in 2007, ASME SMASIS Conference in 2014.

Dr. Sundaresan's research work aspires to create programmable structures that resemble life using ion transport, coupled mechanics and electron transport in redox active materials. The materials framework to realize this vision is inspired by multifunctionality and distributed processes in nature that function together as a system and his research products are applicable as sensors, actuators, energy conversion and storage materials. Notable recent examples include -