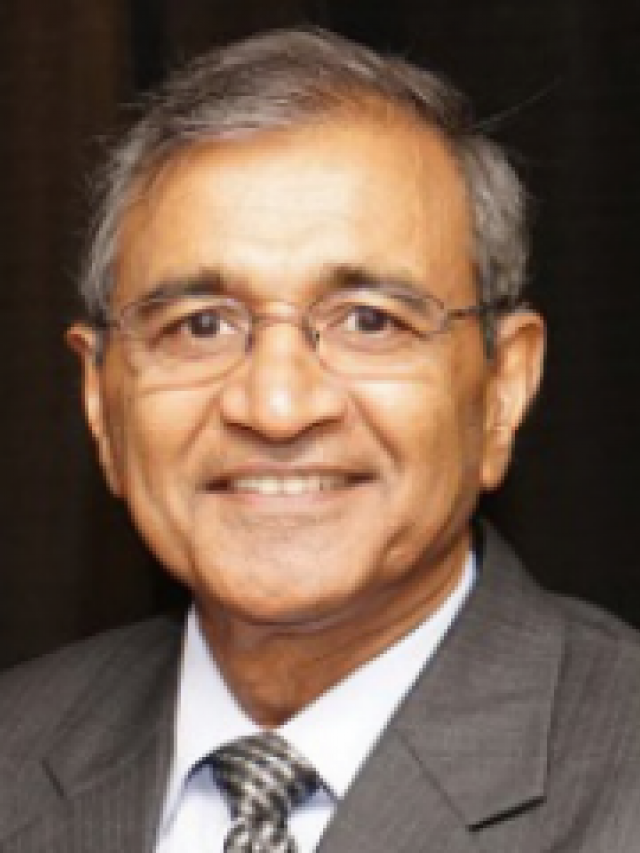 Dr. Bharat Bhushan received an M.S. in mechanical engineering from the Massachusetts Institute of Technology in 1971, an M.S. in mechanics and a Ph.D. in mechanical engineering from the University of Colorado at Boulder in 1973 and 1976, respectively, an MBA from Rensselaer Polytechnic Institute at Troy, NY in 1980, Doctor Technicae from the University of Trondheim at Trondheim, Norway in 1990, a Doctor of Technical Sciences from the Warsaw University of Technology at Warsaw, Poland in 1996, Honorary Doctor of Science from the National Academy of Sciences at Gomel, Belarus in 2000, University of Kragujevac, Serbia in 2011, and Honorary Doctorate from University of Tyumen, Russia. He is a registered professional engineer. He is presently an Ohio Eminent Scholar and The Howard D. Winbigler Professor in the College of Engineering, Director of the Nanoprobe Laboratory for Bio- & Nanotechnology and Biomimetics (NLB2), and affiliated faculty in John Glenn College of Public Affairs at the Ohio State University, Columbus, Ohio. In 2013-14, he served as ASME/AAAS Science & Technology Policy Fellow, House Committee on Science, Space & Technology, United States Congress, Washington, DC. He has served as Expert Investigator on IP related issues in the U.S. and International Courts. His research interests include fundamental studies with a focus on scanning probe techniques in the interdisciplinary areas of bio/nanotribology, bio/nanomechanics and bio/nanomaterials characterization and applications to bio/nanotechnology, and biomimetics. He is an internationally recognized expert of bio/nanotribology and bio/nanomechanics using scanning probe microscopy, and biomimetics. He is considered by some one of the pioneers of the tribology and mechanics of magnetic storage devices, nanotribology, and biomimetics. He is one of the most prolific authors. He has authored 10 scientific books, 100+ handbook chapters, 900+ scientific papers (One of Google Scholar’s 1494 Highly Cited Researchers in All Fields (h>100), h-index - 130+ with 80k+ citations, i10-index - 780+; Fourth Highly Cited Researcher in Mechanical Eng.; Web of Science h-index - 98+; Scopus h-index - 105+; ISI Highly Cited Researcher in Materials Science since 2007 and in Biology and Biochemistry, 2013; ISI Top 5% Cited Authors for Journals in Chemistry, 2011; Clarivate Analytics Highly Cited Researcher in Cross-field Category, 2018), and 60+ technical reports. His research was listed as the Top Ten Science Stories of 2015. He has also edited 50+ books and holds more than 25 U.S. and foreign patents. He is co-editor of Springer NanoScience and Technology Series and co-editor of Microsystem Technologies. He has given more than 400 invited presentations on six continents and more than 400 keynote/plenary addresses at major international conferences. He delivered a TEDx 2019 lecture on Lessons from Nature.

His biography has been listed in over two dozen Who's Who books including Who's Who in the World. He has received more than two dozen awards for his contributions to science and technology from professional societies, industry, and U.S. government agencies including Life Achievement Tribology Award and Institution of Chemical Engineers (UK) Global Award. He received NASA’s Certificate of Appreciation to recognize the critical tasks performed in support of President Reagan’s Commission investigating the Space Shuttle Challenger Accident. He is also the recipient of various international fellowships including the Alexander von Humboldt Research Prize for Senior Scientists, Max Planck Foundation Research Award for Outstanding Foreign Scientists, and Fulbright Senior Scholar Award. He is foreign member of the International Academy of Engineering (Russia), Byelorussian Academy of Engineering and Technology and the Academy of Triboengineering of Ukraine, honorary member of the Society of Tribologists of Belarus and STLE, fellow of ASME, IEEE, and the New York Academy of Sciences, and member of ASEE, Sigma Xi and Tau Beta Pi.

He is an accomplished organizer. He organized the Ist Symposium on Tribology and Mechanics of Magnetic Storage Systems in 1984 and the Ist Int. Symposium on Advances in Information Storage Systems in 1990, both of which are now held annually. He organized two international NATO institutes in Europe. He is founder of an ASME Information Storage and Processing Systems Division founded in 1992 and served as founding chair during 1993-1998.