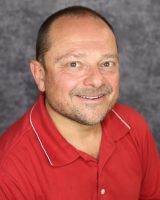 In recognition of his exceptional engineering achievements and contributions to the engineering profession, Giorgio Rizzoni has been elected a Fellow of the American Society of Mechanical Engineers (ASME). Rizzoni has been professionally active with the Dynamic Systems and Control Division of ASME for over 30 years, having served in multiple roles, most notably as Chair of the Division in 2003-2004.

Rizzoni serves as the Director of Ohio State’s Center for Automotive Research, Ford Motor Company Chair in ElectroMechanical Systems and a Professor of Mechanical and Aerospace Engineering and Electrical and Computer Engineering. He has dedicated his career to the discipline of dynamic systems and control and was a pioneer in system dynamics modeling methods.

Over the span of his career, Rizzoni has developed courses that have been taught to industry partners and at universities worldwide, has advised 46 PhD students and over 100 MS students to completion, and has mentored 12 post-doctoral fellows.

Rizzoni’s work is referenced internationally, and he is considered a pioneer and leader in the study of optimal control methods for hybrid electric vehicles, and of life estimation in electrochemical batteries.

“It is a most rewarding achievement to have been elected to ASME Fellow grade,” said Rizzoni. “I am truly honored by this recognition from the leadership of one of the most distinguished professional societies in engineering.“

This article originally appeared on car.osu.edu.