Several demands were coming up all at once for Jake Wickert. One week last spring was a stressful time.

He had three exams and a lab report due that week, a stressful amount of work for any student. But for Wickert, he also needed to leave midday Thursday for a track meet in Indiana.

Wickert wanted to be his best both academically and athletically.

“It was a very challenging time,” Wickert said.

He took it in stride. One step at a time, Wickert efficiently and quickly completed his academic work, making sure it was the quality he had come to expect of himself.

From there he shifted his focus to his meet, made the trip to Indiana, and ended up running his personal best in the 1500-meter race that Friday.

Succeeding academically in Ohio State’s mechanical and aerospace engineering (MAE) program is a difficult endeavor for any student. But for athletes in MAE, it takes an incredible amount of focus, impeccable time management and a solid work ethic to be successful both academically and athletically at the highest level. 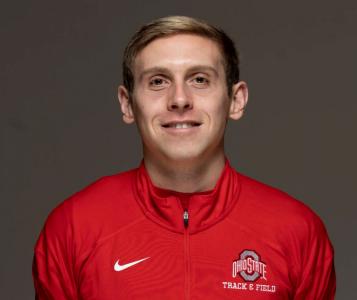 “Juggling athletics and academics at Ohio State is the most difficult thing I have ever done, but one of the most rewarding as well,” Wickert, a fourth-year in mechanical engineering and senior on the Men’s Cross Country, Indoor Track, and Outdoor Track teams, said. “The lessons I have learned in time management, organization, leadership, and getting the most out of yourself and those around you are things I will use for the rest of my life, and while it is extremely challenging, I would not have it any other way. The challenges I have overcome through my time at Ohio State really makes me believe no challenge is too tall.”

At the end of February each year, the Big Ten Championship swim meets are held. For swimmers, that means missing an entire week of class, a week that often falls in midterm season — where vital information is shared and crucial, grade-altering tests are given.

Evan McFadden, a first- year graduate student in aerospace engineering pursuing a PhD and former Ohio State swimmer, was all too familiar with having to play catch up while juggling competing at a championship level. By his junior and senior years, McFadden made sure to prepare ahead for events like these.

Due to the size of MAE classes at the junior and senior level, there was often only one section offered. Unfortunately for McFadden, his classes and practice times overlapped. So three times a week, he had to skip the normal practices with his teammates and practice on his own to make it to class. 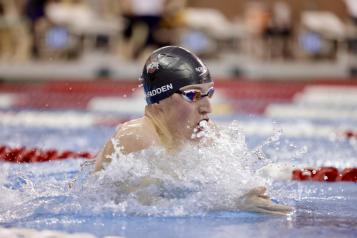 To achieve all of this, McFadden shared Wickert’s sentiment — solid time management was key.

“Athletics demands plenty of time in practice and competition, but it also demands proper rest and recovery,” McFadden said. “Many students find themselves up late at night studying, which is not something that athletes can do. In order to prevent late nights that would cut into rest and recovery time, athletes must have the best time management plans in place. Fortunately, Ohio State has many people on staff that are willing to help student-athletes learn these skills during their time at Ohio State.”

Katelyn Bartos is a fourth-year in mechanical engineering and is on the women’s rowing team at Ohio State.

Like many of her fellow athletes, not only having to adjust to a college academic schedule, but fit sports on top of that was a hard challenge to overcome as a freshman and sophomore. For Bartos, her hard lesson was learned her sophomore year.

“Fall of sophomore year was rough for me,” she said. “I was still taking my prerequisite classes, which included chemistry 1250, and my class and practice schedules did not coincide well. I had 8 a.m. class on Tuesdays and Thursdays which required me to get up very early to row before, and I also had class that did not end until 5:15 which caused me to sprint across campus to make it to practice by 5:30. I was exhausted the entire semester and felt like I was constantly running between school and practice.”

Overall though, Bartos attributes athletics to be more beneficial to her academic success than not — a sentiment shared by the other athletes interviewed. 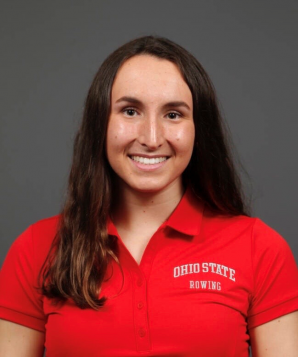 “Athletics have definitely helped my studies in a positive way,” Bartos said. “I can’t slack off or be lazy when I’m rowing and that has translated to my school work. I try to be the best student I can be by going to class and putting quality work into my assignments.”

Another varsity swimmer, Connor Isings, was originally a math major, but is now a fifth-year in mechanical engineering. He pointed to championship season as his make-or-break time for the semester as well.

“This is a time of year when all your focus and energy turn towards your sport so you can compete and perform at the elite level that is expected of an athlete at Ohio State,” Isings said. “In swimming, this always falls during midterms or finals for many of my classes. This makes it very difficult to remain on top of everything that is going on academically and athletically at the same time and was always the most stressful portion of the year for me.”

All of these high-stress events happening at once sometimes requires Isings to take exams or complete assignments between events during multi-day competition. This often requires him to prepare weeks in advance so that he can maintain what he expects of himself academically while competing at an elite level athletically.

To help athletes get by, professors and lecturers in the MAE department do their best to be understanding and helpful with athletes during times like the Big Ten Swimming championships. 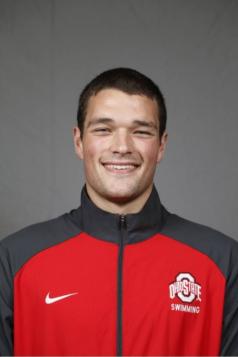 “I have had some extremely understanding and helpful professors during my time here and couldn’t have done a lot of my schooling without them,” Isings said. “One of the most helpful things my professors have done to help me is when I am missing an exam for a competition-related activity, which happens a lot, they allow me to take then exam either before I leave or when I return from the competition. To do this, they often take time out of their own personal lunches or breaks to help me balance my schedule and for that I couldn’t be more grateful.”

Every athlete expressed how stressful and difficult juggling athletics and academics were, but Isings touched on why majoring in MAE and competing in sports at Ohio State was worth it.

“My favorite part about being an athlete in MAE is that no matter how tough the academic and athletic workload gets, I know that I am getting one of the best educations in the country while at the same time, competing at the highest level in my sport,” Isings said. “I have also had the opportunity to make lifelong friends on both the team and in the classroom, creating memories that will last longer than any thoughts of difficult assignments or stressful exams.”

For anyone considering majoring in mechanical or aerospace engineering and competing in athletics, each athlete offered some advice.

Evan McFadden knows it will be tough for incoming student-athletes, but worth it in the end.

“I would tell future athletes thinking about going into engineering that it is totally worth it!” McFadden said. “The courses are demanding, but so is your training! You will be expected to perform at very high levels in both competition and in courses. However, there are teams of people that are here to support you and will be with you every step of the way during your undergraduate years. As I mentioned earlier, planning is super important, and you will be so proud of yourself when you stick with it and are able to graduate in the shoe with your engineering classmates and that student-athlete stole around your neck!”

Katelyn Bartos touched on the skills you will learn doing sports in college and the pride you will inevitably feel when succeeding.

“Definitely give it a try if you’re thinking about it,” Bartos said. “It has helped me learn time management skills and develop a strong work ethic for school and sports. Doing a sport in college is hard, but it’s also very rewarding. You’ll feel a sense of pride thinking about what you have accomplished in the classroom and in your sport.”

Connor Isings tried to calm any nerves that incoming students may have.

“If you are nervous about being a college athlete in one of the hardness majors on campus, don’t be,” Isings said. “The resources that both the college of engineering and the athletic department present to you are there to help you succeed and navigate the challenges that you will face. Do not be afraid to ask for help, your professors are more than willing to help and want to see you succeed and balance your crazy schedule.”

Jake Wickert warned incoming student-athletes to be cautious, but if they can make it work, their efforts will be rewarded.

“I would say that while being an athlete in engineering it is not a decision to be taken lightly, it is not an impossible task,” Wickert said. “While being an athlete in MAE can limit your ability to succeed in both, the lessons learned between the two are transferrable and can really give you an edge as both an athlete and student if you embrace the challenge, all while leaving you with an unforgettable experience that I really feel that I will look back on in my life with pride. I know I will continue to use the skills I have learned at Ohio State as I make my way into the professional engineering field after college.