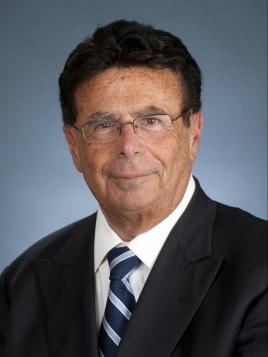 Honorary fellowships are conferred for individuals whose impacts have distinguished them as eminent and influential aerospace engineers. The award is decided by the Royal Aeronautical Society’s medals and awards committee, in conjunction with an International Adjudication Panel.

“I was very pleasantly surprised to receive this honor,” Benzakein said.

Before joining Ohio State, Benzakein began his career in industry.

“I spent many years at General Electric, where I had a lot of accomplishment from advanced technology, to running some very large engine programs,” Benzakein said.

Among his many projects, Benzakein led the design and certification of the CFM56 engine that is used in Boeing aircrafts, and is considered one of the most popular and reliable engines in commercial service.

Benzakein has also been the recipient of the General Electric Chairman’s Award for Technology Leadership, an Honorary Doctorate from the University of Poitiers, France, and the Gold Medal of Honor from the Royal Aeronautical Society.

Benzakein gives credit to many of his colleagues for helping him in his journey, and gives a special thanks to former Dean of the College of Engineering, Dr. Dave Williams, for his guidance.

“I was first the chair of aerospace engineering department,” Benzakein said, “then it was with the help of Dr. Williams I got the position of Assistant Vice President for Aerospace and Aviation.”

It was in this role that Benzakein has been able to lead a number of programs, including the current NASA University Leadership Initiative (ULI).

The ULI is a $10 million program in its fifth year. Benzakein and Ohio State lead a five-university group with the ultimate goal of testing a one-megawatt engine at NASA. Benzakein said that the program is planning to reach completion by the middle of 2022, and that the group plans to test their engine at the NASA Electric Aircraft Testbed (NEAT) facility.

For Benzakein, the distinction as a fellow in the Royal Aeronautical Society is not only an honor, but inspiration to continue innovating.

Along with the NASA ULI program, Benzakein also leads a program for the Ohio Federal Research Network. He is also working with a postdoctoral student on implementing research at Boeing. And Benzakein says that he has more proposal for programs and aerospace research lined up for the future.