Posted: June 26, 2019
As NASA scientists consider the possibility of more advanced spacecraft or even entire space settlements, The Ohio State University Nuclear Reactor Laboratory has become a resource where they can simulate the radioactivity that materials will be exposed to in space.

“NASA is strategically important to us,” said Director of Nuclear Reactor Laboratory, Raymond Cao, professor of nuclear engineering. In fact, Ohio State's reactor is currently serving as a test site in support of a lunar project.

NASA’s Kilopower project is an affordable fission nuclear power system to enable long-duration stays on planetary surfaces. After successful completion of the Kilopower Reactor Using Stirling Technology (KRUSTY) experiment in March 2018, the project team is developing mission concepts and performing additional risk reduction activities to prepare for a possible future flight demonstration. But first, the electronic components used in the flight demonstration need to be tested.

Ohio State alumnus and NASA researcher Max Chaiken (MS NE ’18, BS ECE ’14) is part of the team in the formulation phase between the ground prototype testing NASA did in 2018 and the planned lunar surface demonstration mission set to start development in 2020. His work has brought him back to his alma mater where the team is focused on qualifying electronics for the lunar surface demonstration. They are using radiation hardness testing of the electronics to help determine which components will succeed in space.

Nuclear Reactor Laboratory Senior Associate Director Andrew Kauffman works alongside Chaiken to perform testing for the project. “Using The Ohio State University Research Reactor to test components for use supporting space reactors such as the Kilopower reactor will help ensure that the components will reliably serve their needed function and contribute to successful missions,” he said.

“The need for sustainable power has brought many experiments to NRL that are focused on the study of sensors and sensor materials, which support the development of future reactor designs – including reactors in space.” 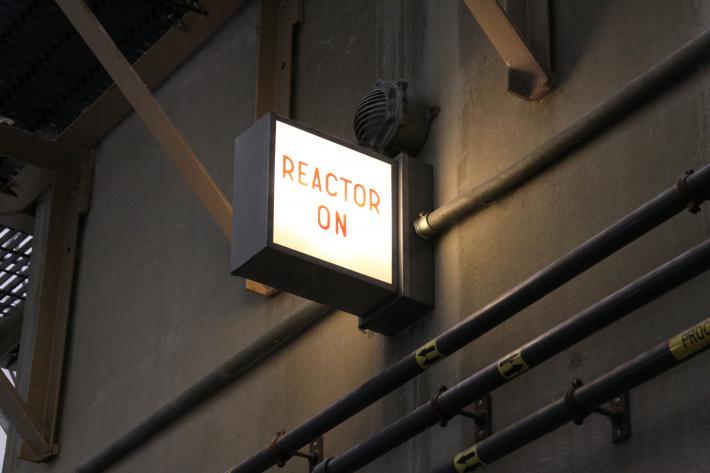 A successful Kilopower demonstration in space could pave the way for future kilopower systems that power human outposts on the moon and Mars, enabling mission operations in harsh environments and missions that rely on in situ resource utilization to produce local propellants and other materials. Kilopower will be able to achieve 10 kilowatts of power — that’s enough to run more advanced spacecraft or entire space settlements. And beyond simply bigger space missions, the technology could also enable spacecraft with longer lifespans and a greater array of instruments.

As the investigation of space technologies increases, researchers at Ohio State's Nuclear Reactor Laboratory look forward to contributing to the conversation and evolving science. The NRL's location and capabilities offer unique opportunities for collaboration.

“Being the only research reactor in the state of Ohio and [located] two hours' driving [distance] from NASA's Glenn Research Center in Cleveland, we could further provide support to NASA missions,” commented Cao enthusiastically.