Alumnus to be Honored with Presidential Early Career Award

Department of Mechanical and Aerospace Engineering Alumnus Vikram Shyam is one of 105 researchers named by President Barack Obama as recipients of the Presidential Early Career Award  (PECASE) for Scientists and Engineers, the highest honor bestowed by the United States Government on science and engineering professionals in the early stages of their independent research careers.  The winners will receive their awards at a Washington DC ceremony this spring.

Shyam received his PhD from The Ohio State University in aerospace engineering.  His graduate advisors were Jen-Ping Chen and Ali Ameri.  Currently, Shyam is a propulsion flow dynamicist in the Turbomachinery and Turboelectric Systems branch at the NASA Glenn Research Center (GRC) in Cleveland, Ohio.  He leads NASA GRC’s turbine technology development to reduce fuel burn and emissions for future generation aircraft engines and leads NASA GRC’s biomimicry group that aims to apply nature’s principles to solve technical and institutional challenges at GRC. 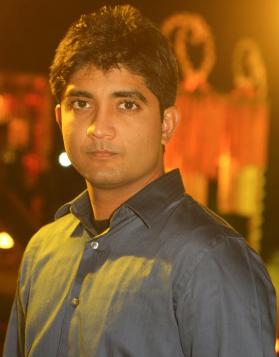 Shyam and fellow collaborators are studying the application of harbor seal morphology to wind turbine and gas turbine blades, probes, sensors and other objects that are subject to vortex induced vibrations or variable operating conditions.  Other research interests include energy harvesting, multifunctional structures, development of new concepts for in-space exploration, long range planning and STEM education, with several utility patents pending in these areas.  Shyam has received NASA’s Early Career Achievement Medal and the NASA Group Achievement Award as a member of the GRC Creativity and Innovation (C&I) team.  He is also a recipient of the American Science & Engineering, Inc. Young Engineer Award.

The PECASE awards, established by President Clinton in 1996, are coordinated by the Office of Science and Technology Policy within the Executive Office of the President.  Awardees are selected for their pursuit of innovative research at the frontiers of science and technology and their commitment to community service as demonstrated through scientific leadership, public education or community outreach.