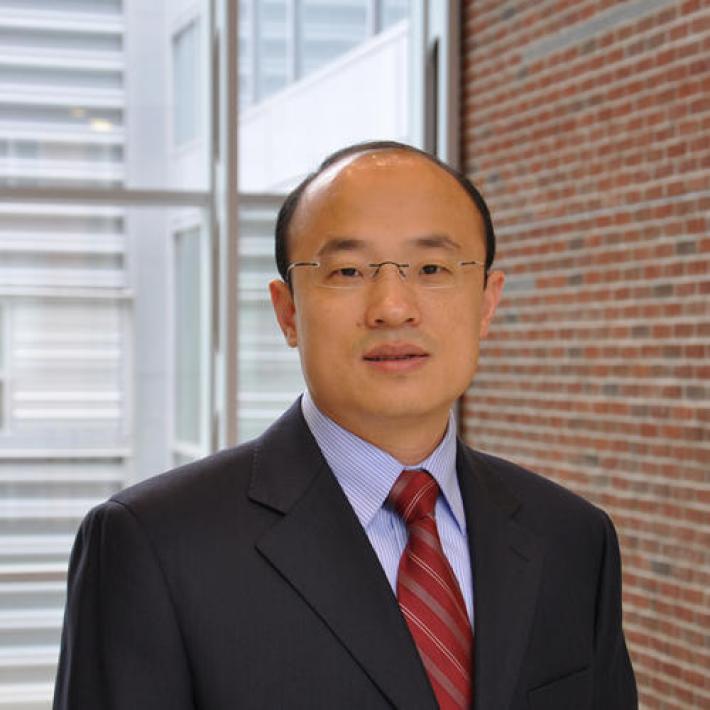 Department of Mechanical and Aerospace Engineering’s Associate Professor Junmin Wang has been elected to the SAE (Society of Automotive Engineers) Fellow grade of membership, the highest grade of membership recognizing long-term members who have made a significant impact on society’s mobility technology through research, innovation and/or creative leadership.

Wang was previously a senior research engineer at Southwest Research Institute in San Antonio, Texas where he led research projects sponsored by more than 50 industrial companies and governmental agencies worldwide.  In September 2008, he joined The Ohio State University and founded the Vehicle Systems and Control Laboratory (VSCL), whose major research interests include control, modeling, estimation, optimization, and diagnosis of dynamical systems, specifically for automotive engine, powertrain, aftertreatment, hybrid, flexible fuel, renewable energy, (electric) ground vehicle, transportation, sustainable mobility, energy storage, and mechatronic systems. His research has been funded by federal agencies and industrial companies across the globe and he is the author/co-author of more than 225 peer-reviewed publications.

He is a recipient of The Ohio State University 2015 Harrison Faculty Award for Excellence in Engineering Education, a National Science Foundation (NSF) CAREER Award in 2012, the SAE International Ralph R. Teetor Educational Award in 2012 and the Office of Naval Research Young Investigator Award in 2009, among many other honors and awards.

Established in 1975, the grade of Fellow is administered by the SAE Fellows Committee.  Election to Fellow is an exceptional professional distinction bestowed on approximately 20 recipients each year.  Wang will be honored at the annual SAE Fellows reception and dinner and the SAE 2016 Awards Ceremony in Detroit, Michigan in April 2016; part of the SAE 2016 World Congress and Exhibition.

SAE International is a global association of more than 138,000 engineers and related technical experts in the aerospace, automotive and commercial-vehicle industries. SAE International's core competencies are life-long learning and voluntary consensus standards development. SAE International's charitable arm is the SAE Foundation which supports many programs, including A World In Motion® and the Collegiate Design Series.  Learn more at https://www.sae.org/.